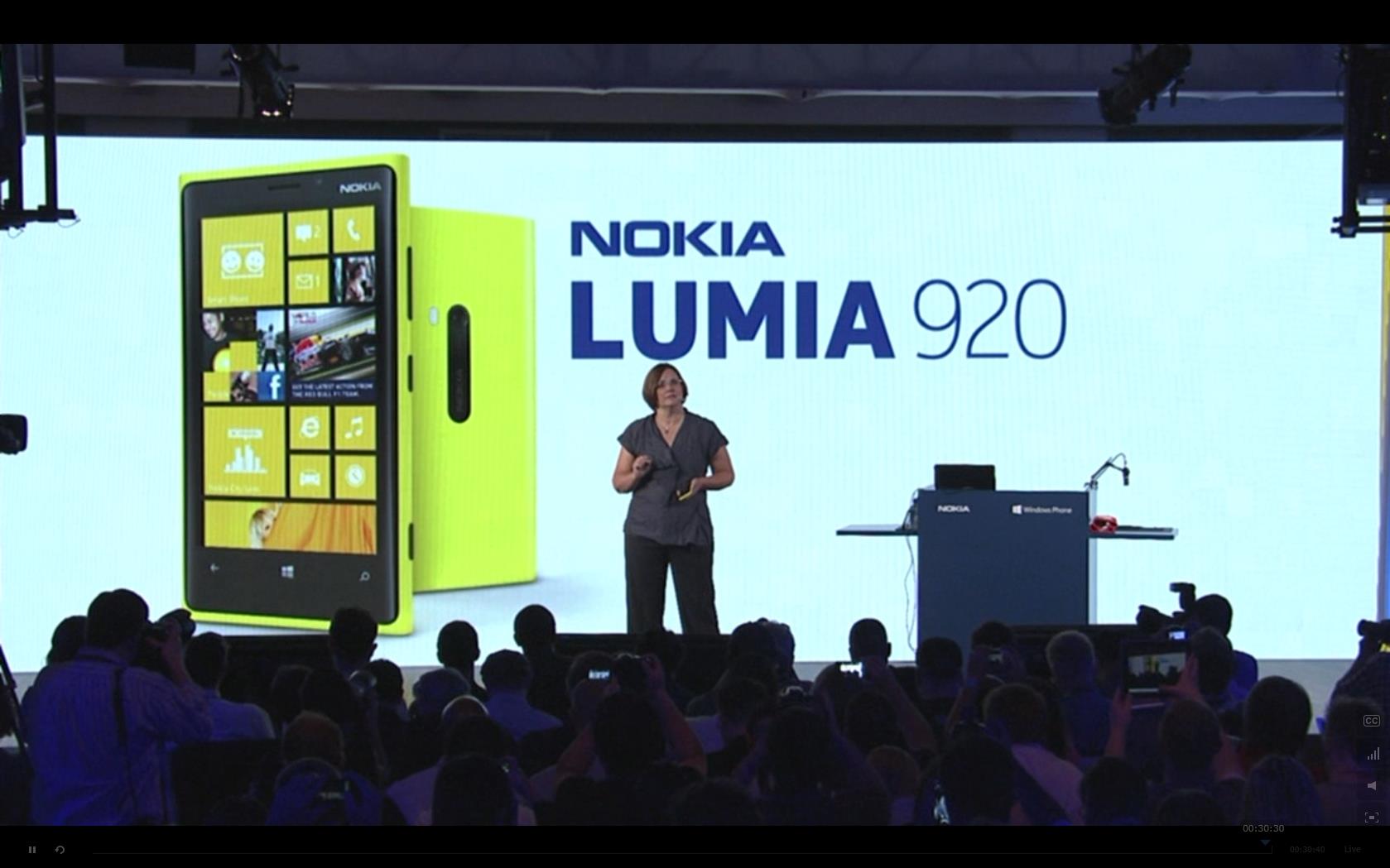 On the 5th Sep, at 10pm Singapore time, Nokia and Microsoft co-hosted a press release on for Nokia Devices and Windows Phone 8 Operating System.

Making a debut in striking color, the opening video showcased the blow up schematic of the Lumia 920. With a huge 4.5 inch curved glass screen similar to Lumia 800, Qualcomm Snapdragon processor, Pureview Camera and a battery with great capability at 2000mAh.

Moving along the PureView technology has to be the single most greatest feature in the Lumia 920 (Well, I’m really love photography, so this really interest me).

When traditionally take pictures with smartphones, there is great challenges when doing so in low lit conditions. The results are motion blur and shaky images. Of course there are algorithms to unshaken blurred images and flashlight to counter these challenges, the quality is often diminished from flat pictures that are washed out from direct flash photography. The best alternative would be to carry a DSLR or powerful compact camera specialized for night shots. Then again, the best camera is always the one you have. Instead of pushing the ISO or simply increase the exposure after the picture is taking, hardware innovation is being done on the Lumia 920.

The Lumia 920 solve these issues with PureView technology. While the Lumia 920 does not have 41mp super-sampling found in previous generation of phone, it has a different set of hardware. There is build-in hardware image stabilizer into the phone itself. This is not a typical digital image stabilizer algorithm, but similar technology found in DSLR image stabilizing lenses. The Lumia 920 uses “floating lens” method to increase the amount of light captured onto the image sensor. Oh did I mention that it spots a Carl Zeiss Lens at f/2.0 aperture? 🙂

Moving forward to software , there are major improvements in key applications in Nokia’s exclusive bundle.

Offline maps will be available in Nokia Maps and Nokia Drive. These would not be just cached map images/tiles, but stored locally onto the phone itself. The Nokia Transport improvement would include walking distances between stations.

Announcing a new addition to the Nokia application suite, Nokia City Lens provides an augmented reality view of your surrounds for places of interest. The usefulness of Nokia City Lens proves itself first with it’s integrated into Nokia Maps as a very first.

What about the screen? Beneath the Curved Glass, the PureMotion HD+ display boost a highest screen refresh rate (at time of post) compared to any other phones in market now. There will be lesser flickering and sharper fonts for reading. Above the display, the glass is polarized to reduce the effect of glare under direct sun to give a better, contrast-y viewing experience on the Lumia 920.

With so much new electronic parts and circuitry, won’t the Lumia 920 be a power consuming beast?

Back to my favourite topic of Photography, Windows Phone 8 offer “Lenses” capability. Think of them as interchangeable SLR lens, but applications that takes over the viewfinder instead. With different applications, they are able to make use of the camera in different manner in a innovative way. Example Photosynth allows the user to take and view photos in a 3D environment. Blink allows users to take multiple photos of an identical scene, for the purpose of removing unwanted objects or passerby for the picture perfect framing.

Not forgetting humor, the Lumia 920 works really well with mittens as thick as those used for baking and cooking. “Super sensitive touch” allows the user to interact with the phone with either fingers or mittens.

Reiterating the PureView technology, the floating lens is achieved by putting springs around the lens itself. The large aperture of f/2.0 and long shutter speed combined with the floating lens gives great picture performance as shown below.

The picture quality is amazing given the fact that it is taking off a camera phone. There is still great dynamic range with blue skies, well exposed subject and controlled overexposed flaring from the lights.
That’s not all.

The Lumia 820 is a slightly scaled down version of the Lumia 920 with similar great features. The exception would be that the Lumia 820 has interchangeable back case, and access to the battery compartment.